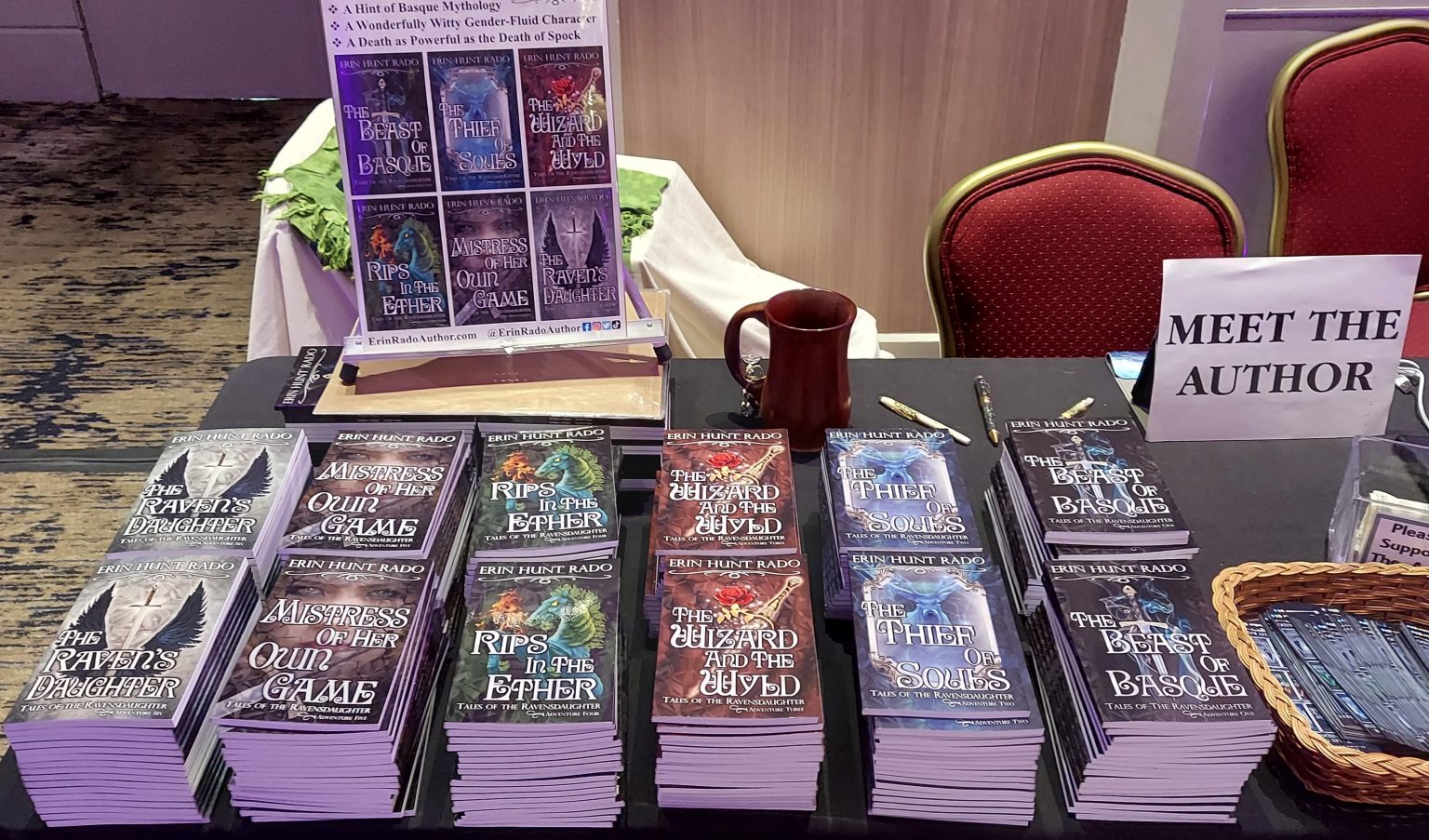 I grew up in the 80’s, and being a complete fantasy fan it’s not surprising to learn that one of my favorite movies was The Dark Crystal. Young ones, if you haven’t seen this movie – WATCH IT!

The Dark Crystal was a testament to the master puppetry of Jim Henson and his crew, and it’s a film that will last for many ages to come. So, when I heard that there was a convention celebrating the 40th Anniversary of The Dark Crystal, I immediately reached out for an exhibitor table.

The Great Con-Junction was a small event, about 500 people I estimate. Most of the folks with exhibitor tables were cast members who either worked a puppet, did full-body puppetry, or voiced a character. They were all signing autographs. Jim Henson’s daughter, Lisa Henson, was also there. She’s the president of Jim Henson productions. FYI, I gave her a free set of Tales of the Ravensdaughter – though I didn’t get a huge excitement vibe from her.

I engaged with fantasy fans, as I always do, and my upcoming Ravensdaughter RGP Guide got a LOT of interest. If you’re reading this post and thinking, “Hmmm, an RPG Guide? Do tell.” then I invite you to visit my LINKS page to find my Discord Invites. I’d love to hear from all fans of Tales of the Ravensduaghter for input into the upcoming RPG Guide.

In the meantime, enjoy some pics from The Great Con-Junction!